After a nice break, I've started making more V&T cars. Here is a work-in-progress shot of caboose numbers 5 and 6. Much of this car is conjecture, as there exists (so far) only one partial photograph of the car.
These two cars were built in 1871 by the V&T in the Virginia City car shops, and were originally numbered 3 and 4. When the new Kimball cars arrived from San Francisco in 1872, these were renumbered to 5 and 6. 5 was out of service by June 1897. 6 was converted to a carpenter sleeper by the turn of the century, and was scrapped by 1905.
This is a small car - only 19' over the end sills (24' over the platforms). It looks kinda ridiculous with passenger trucks underneath, but one source says that all V&T cabooses & coaches did have passenger trucks, so here you go!

He he, that's pretty cool.
Looking forward to that little jewel.

Caboose 5 update:
Still needs some weathering, but it's getting closer! 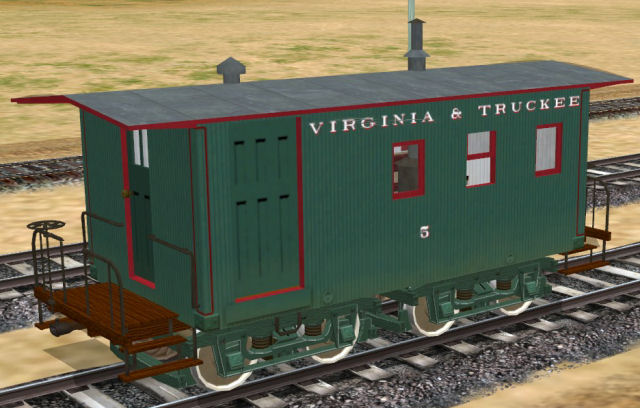 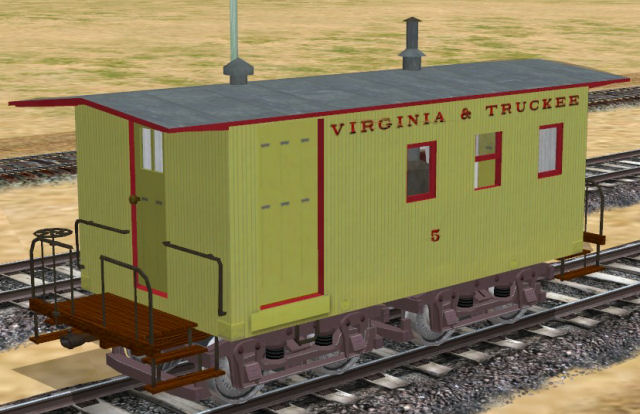 Fixed the mesh error in the walls and added grunge to the yellow version. They're on their way to the DLS assuming no more issues found 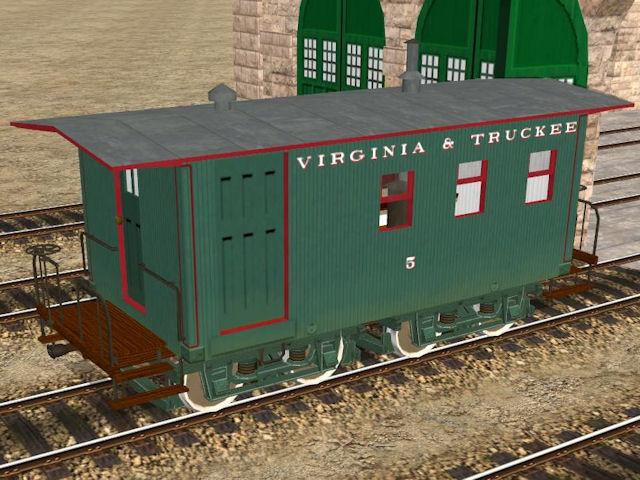 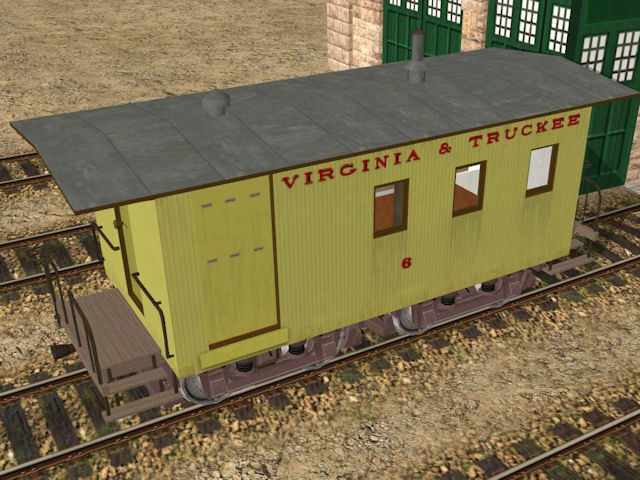 YES! Lookin' gooood. They're about as cute as a bugs ear...

Users browsing this forum: No registered users and 7 guests