by Pencil
A freelanced boxcar: 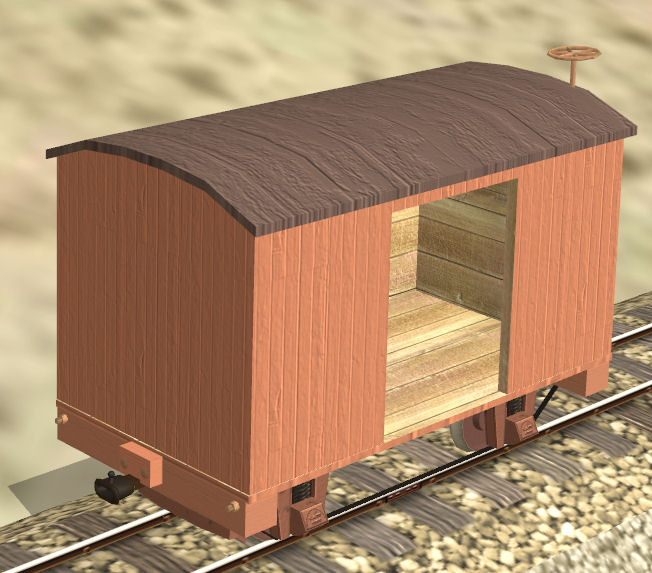 A much smaller wood fuel shed (holds about 2 cords when full) and automatically regenerates fuel - no manual reloading required.

And a 3rd color of track (kind of inbetween the dark brown and bright yellow): 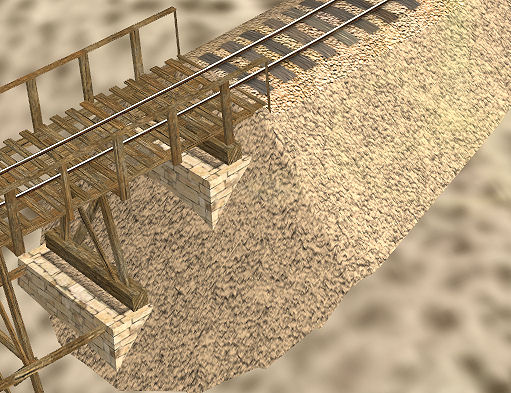 by bdaneal
Nice. I ought to make something in 30" gauge one of these days. I wonder if the Vulcan would look good in 30 inch gauge?
by Trainzsam
I think so ben, that magma would too. Those are both great locos by the way.

Sam
by Col Hogan
Curtis
That is some mighty nice rail on those ties !! Incredibly shiny.
Surely you didn't sacrifice any poly's for this one, eh?

Have you made any like these in 36ng ?
Ken
by Pencil
Ben: Sure - more engines would be great!
Ken: No, Linda (Shortline2) did a nice variety of track and accessories for both 2' and 3' gauges. I just did these because she skipped 30"

by bdaneal
Okay, I have done some comparisons and the Vulcan is the same width (!) as the EMRR cars, so that's a definate conversion. I am not sure about the Magma engine, though. It is much bigger than the EMRR cars, but I think I've seen an outside frame 2-4-2T in 30" gauge that would be around the same size.

I'm also eyeing one of these and one of these. (the last one is a 36" machine, but apparently some 30" ones were built)
by Pencil
Ooooo - those would certainly be nice!
by bdaneal
Proof of concept:
f(x)
Vulcan and 2-4-2t in 30" gauge. Requires the betas from the 36" gauge versions for the requisite parts.
by Pencil
Looks good! The Vulcan even fits nicely in the little engine shed 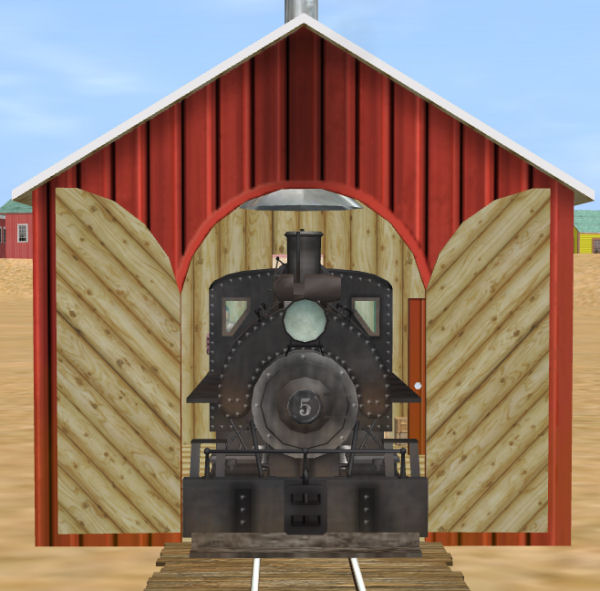 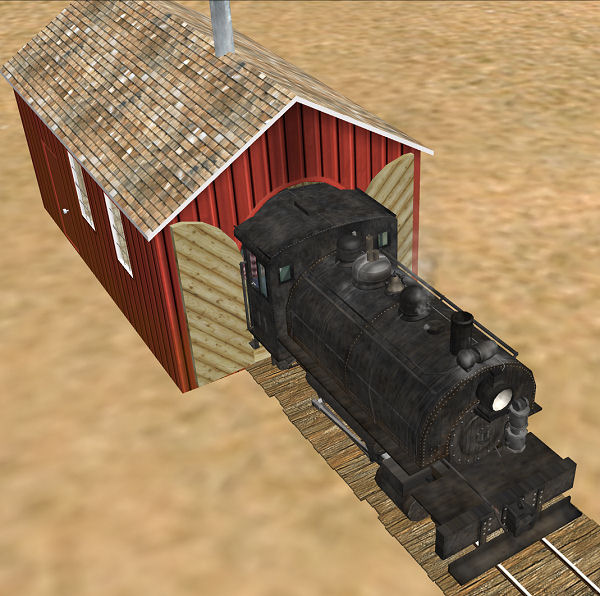 Thanks for all the goodies...

Although I'm gonna have to re-skin that 'baby' boxcar, ya know...

It's just the nature of the machine, it's too big for that tiny little enginehouse. Well, the 0-4-2T should fit (I have no drawings, so I have to guess. But, that's how I did the Vulcan and Magma engines.)
It looks like the Vulcan is around the same height and width as the Porter. I didn't plan that, it just happened.
by Pencil
That 0-4-2T is looking nice! Are you going to need any rolling stock for it?

Here's an update on the boxcar - any comments / criticisms? 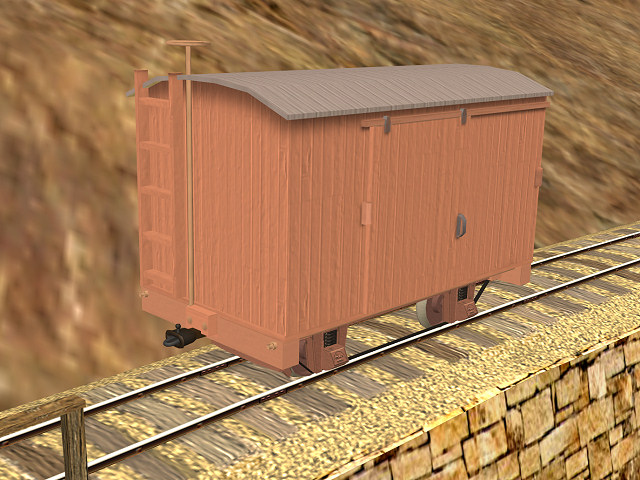 by bdaneal
I like that boxcar. My experience is that most boxes in the US had peaked roofs rather than curved ones. That might be a variation you could make later.

I don't think I'll need any cars for the Kiso engine. The railway that used it only had disconnects and brake wagons built on disconnect frames. I'll make the disconnects eventually (not too hard, I have a set of plans for them). The coupler was link & pin (not as its shown in the screenshot, those are just placeholders) and it looks like it was around the same height as your 30" gauge equipment.

BTW, it has a cab now

by thegrindre
Ben makes a point about the roof and although it's freelanced, I'm not sure they ever put the handle on that side of the door. Possibly two handles might work, though. (In logging, they might have used a flat roof...)
You might want to extend the break wheel a bit higher, waist high is usually good. It looks about knee high, now.

@ Ben, that Kiso #6 would be one fine addition to this hobby. Very unique to this game.

by Pencil
Yeah, the curved roof probably dates it back to at least the 1860's; which is probably a bit too early.
I thought it was a fun variation, but I'll convert it over to a flat roof; add a roofwalk, and some grab irons - bring it into at least the 1880's...

To get my round roof fix, maybe I'll do a Civil War boxcar or something